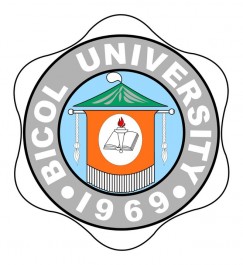 The pursuit of academic excellence and innovation amidst a very competitive environment and in adherence to international standards is the veritable mark of a first-rate university.

BU has traveled long and wide as it tries to define itself as a state university. Faced with enormous challenges of varying nature, it has survived and continues to leave an indelible mark in the lives of the Bicolanos. After almost forty years of existence, it has defied the odds, and can now be considered at par with the best higher education institutions nationwide. With strong leadership and committed men and women behind, the opportunity is now ripe to up the ante and meet the standards set by the international academic community.

Against the backdrop of a dynamic and ever-changing environment, the current plan as reflected in the 10-Year BU Comprehensive Development Plan (2003-2013), needs revisiting. Doing so would underscore the exigency to respond to the opportunities brought about by recent events and development by building on accomplishments, tackling emerging gaps and meeting new challenges head on.

BU, for its part, wants its presence significantly felt in the community. Guided by the twin concepts of excellence and innovation as the optimal endpoints, its current theme is bringing BU closer to the community. In no other way can BU make an impact to the community more deeply than by producing globally competitive and quality higher education graduates, and by generating new knowledge and technologies which, when transferred, will make a difference in the lives of the people. This is encapsulated in the institutional vision: A University of Excellence characterized by scholarship, engagement for the community towards sustainable development. Naturally, this only becomes possible through synergy of efforts and teamwork.

The modified institutional development framework, which is product of consultation and collaboration, captures everything that BU intends to do vigorously in answer to the call of the times - that of becoming a global university. Departing from the conventional, the key team players of the university came together and strategized by cluster, joining forces across all academic units to maximize discipline-based strengths. To make the benefits of growth spread across a greater number, each cluster determines core areas where it can contribute most, through advocacies. Proposed programs, projects and activities are likewise anchored on the major final outputs (MFOs), based on Organizational Performance Indicators Framework (OPIF) and the key results areas (KRAs) of SUC leveling, which serve as the barometer of organizational performance of State Universities and Colleges (SUCs).

In view of the comprehensive and multi-disciplinary nature of BU, there is a pressing need to move towards one direction, mindful of the enormous tasks that are put on its shoulders, and cognizant of the huge challenges that lie ahead. Unlike a boat without a rudder, BU will no doubt reach its destination, carve its own niche in the annals of higher education institutions, and strive relentlessly TO BE THE ONE.